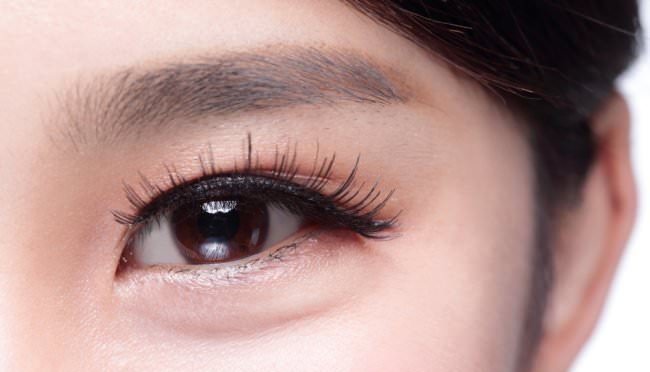 In China, the importance of beauty can’t be overemphasized especially for women. The concept of beauty which is traditionally dictated by fair and pale skin (boiled egg complexion and tone) is now morphing into emphasis also on sharper and fuller facial and bodily features. The belief that skin care products can only do so much to make one look beautiful is taking roots with women looking for quick fixes such as micro or cosmetic surgeries to achieve perfection in their quest to look beautiful.

According to current market estimates, until 2013 only approximately 5 million Chinese women did one or the other form of cosmetic surgery.  By 2015 this figure rose to over 7 million and by 2018, it’s likely to touch 11 million. Although the figures are minuscule compared to the size of the population, but the growth is estimated to be stronger going forward despite government regulations and societal constraints.

To contextualize, it’s estimated that between 80 to 90% of Chinese women use skincare products and up to 40% use color cosmetics. Assuming the latter group is more into beauty, and as a consequence more likely to undertake cosmetic surgery, the full potential of this market becomes more obvious. A study by Chinese lifestyle magazine SELF and IFOP Asia estimates that approximately 15% of Chinese women are considering doing micro/cosmetic surgery in the future. Considering this figure of 15% who intend to undertake a surgery in the future, the size of the category skyrockets to nearly 40 million potential consumers in the next 5 to 10 years. (15% intenders among 40% color cosmetic users of the total Chinese women population).

In fact, in comparison to their counter parts in more mature neighboring markets, Chinese women undertake such surgeries on a greater scale than even their Japanese counterparts across all treatments/procedures. However the Chinese women get trumped by Korean women although in terms of interest and intent to undertake these treatments/procedures in the future, they in turn trump the latter.

This category predominantly attracts younger females although in recent years Chinese men too have started going under the knife. This is only likely to add to the huge potential of this category. The acceptance of more comprehensive and multiple surgeries are also on the increase. As of now, the popular surgeries are double eye lid  as well as nose job. In the next few years with wider acceptance of the practice, surgeries on other parts of the body too could be commonplace.

The macro reasons for this staggering growth among others, are the increased competition in the job market, the changing societal values, increasing disposable incomes, integration into the wider world and ever more emphasis on personal looks.

According to the SELF & IFOP Asia study, compared to last few years, micro/cosmetic surgeries have become more popular, acceptable and even admired. The study states that micro reasons are multi fold but mostly to do with the continuous propagation of the message in public media, increasing acceptance in the society, open mindedness to having a surgery & the ever increasing desire to look more beautiful and having more youthful skin, both of which are never fully satisfied in spite of increasing spends on beauty care products.

Women of different ages consider these surgeries for different reasons. Fresh graduates, who account for lion’s share of the surgeries undertaken in China, do it predominantly for enhancing their career prospects by building their self esteem (through appearance). A study done by JAMA facial plastic surgery also alludes to this and also suggests that such women also observe an increased level of self efficacy (confidence in ones abilities) compared to before.

The middle aged consumers (25-30 yrs) do it mostly for anti-aging and whitening purposes whilst those who are little older do it for not only anti-aging but also to remove wrinkles, freckles, pigments and bags under their eyes .

Another trend that is also catching up is undergoing cosmetic surgeries abroad. Chinese consumers are also seeking these types of surgeries more and more abroad for both costs as well as safety considerations. According to the Korean Healthcare development institute, in 2012 Chinese consumers accounted for 20% of foreign patients who went to Korea for any medical service and 36% of them sought cosmetic surgery with an average spending of US$1,600. This proportion is only likely to increase given the trends we observe in this market.

With the increasing acceptance and popularity of cosmetic surgery, this industry is only likely to explode in the coming few years with implications for both cosmetic surgeons as well as beauty brands. The need for ‘quick fix beauty’ is increasingly becoming commonplace and more importantly being accepted especially by the younger generations. Beauty brands would do well to think and act on this likely surge of the need for quick fixes. Depending on how they react, this trend would either be a boon or a bane for them.

Living Beauty, the latest study by the cosmetics beauty division at Ifop, focused on major mass markets China and Brazil. 600 women aged 18 to 55 were surveyed in each country to identify different women profiles in terms of their aesthetic concerns.

Although the relationship with beauty cannot be defined the same way in the two countries – it is all about pleasure and sensuality in Brazil, while China focuses on control and safety – several common features actually bring these two countries’ consumer profiles closer.

The cosmetic market in China is growing fast and offers more and more sophisticated products, analyzes Laure Friscourt, Head of Consumer & Beauty Division at Ifop. It is to be noted that anti-aging products are widely represented, with 60 per cent to 70 per cent penetration, and that the local, more and more premium Chinese brands are strongly developing. In addition, women mainly seek naturalness and guaranteed safety as a result of the high impact of pollution.

Brazilian women expect these same benefits from cosmetics, in a country which possesses the largest wealth of natural raw materials and cosmetic actives. Brazil is unique in its approach of body hygiene and beauty. It is characterized by a great ethnic diversity, and it is also the country where the hair is king. Just like in China, it is a market that counts more and more premium brands and whose consumers expect to get a lot of advice.

In Brazil, beauty lies in the way people seek both wellness and/or social integration, while it still often has to do with achieving a status of one’s own in China, while finding an ‘internal health-external beauty’ balance.

Six types of profiles identified
The study identifies six women profiles in both countries, ranging from over-committed women, who are quite numerous in Brazil and would do anything to achieve perfection, to the health-natural group, which gathers 21% of Chinese women. Then, in the middle of the mapping can be found two interesting profiles of women with a relationship with beauty that has not matured yet, in particular for 25% of the Chinese.

The belly as a source of dissatisfaction
The women were surveyed on the body parts they are the most satisfied and dissatisfied with, and those on which they are the most willing to invest. The results unveil the areas to be studied by cosmetics brands.

And it comes as no surprise that the first clear result is the importance of the hair in Brazil, and of the eyes in China. Yet, when Brazilian women are asked which body part they are willing to invest more on, 58% of them answer their bellies. Then 40% mention their hair, followed by the lower part of their bodies (bottom and legs). By contrast, Chinese women declare they are willing to invest more on the upper part of their bodies: 70% of them mention their faces, 30% their chest, neck and shoulders.

This contrasting approach can be explained by the different lifestyles and cultures, but again, it also conceals a common preoccupation. Indeed, even if they say they are not ready to invest more on this area of their bodies ‘yet’, most Chinese women also admit they are not satisfied with their bellies.

This article is based on research published by the Beauty division of Ifop and adapted from a publication by Kristel Milet in www.premiumbeautynews.com